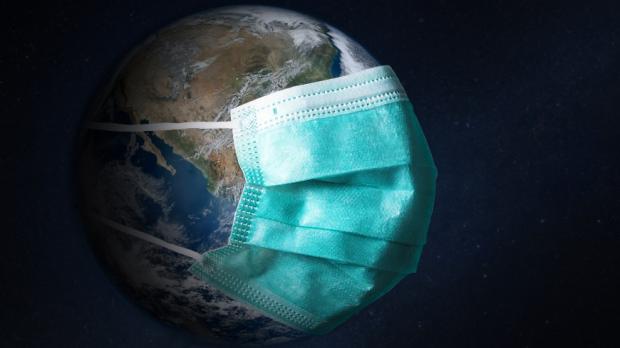 Coinciding with the one-year anniversary of the COVID-19 outbreak, The Rutherford Institute has issued an in-depth report on the impact of the nation's response to the pandemic on civil liberties. The report, "Civil Liberties in the Age of COVID-19," analyzes the various tactics employed by federal and state governments to lock down the nation, the toll such restrictions have taken on constitutional rights, and whether such actions constituted an overreach of the government's legal authority.

"As the Declaration of Independence states, we are endowed by our Creator with certain inalienable rights—to life, liberty, property and the pursuit of happiness—that no government can take away from us. Unfortunately, that hasn't stopped the government from constantly trying to usurp our freedoms at every turn. Indeed, the nature of government is such that it invariably oversteps its limits, abuses its authority, and flexes its totalitarian muscles," said constitutional attorney John W. Whitehead, president of The Rutherford Institute and author of Battlefield America: The War on the American People. "Take this COVID-19 crisis, for example. What started out as an apparent effort to prevent a novel coronavirus from sickening the nation (and the world) has become yet another means by which world governments (including our own) can expand their powers, abuse their authority, and further oppress their constituents. Until now, the police state has been more circumspect in its power grabs, but this latest state of emergency has brought the beast out of the shadows."

In March 2020, the World Health Organization declared the novel coronavirus, COVID-19, to be a pandemic, resulting in the most widespread and disruptive public health emergency in our lifetime. Not since the Spanish Flu pandemic of 1918, which resulted in about 675,000 deaths in the United States, had the nation faced a similar disease-based threat to its safety, economy, and way of life. More than 500,000 U.S. residents have reportedly died from COVID-19,  and more than 2.5 million have died worldwide. Consequently, political leaders from the president to governors to mayors have subscribed to a broad range of actions aimed at limiting the spread of COVID-19, some of which have been draconian and unprecedented. On March 20, 2020, for example, New York's governor issued an executive order banning all non-essential public gatherings, required all employees of non-essential businesses to work from home, and limited non-essential public travel. A similar "lockdown" was imposed in California, barring persons from leaving their homes except for essential purposes, such as buying groceries or seeking medical attention, and allowing persons to be charged with criminal offenses for violating the lockdown. Many localities ordered restaurants to close and forbade persons gathering in public.