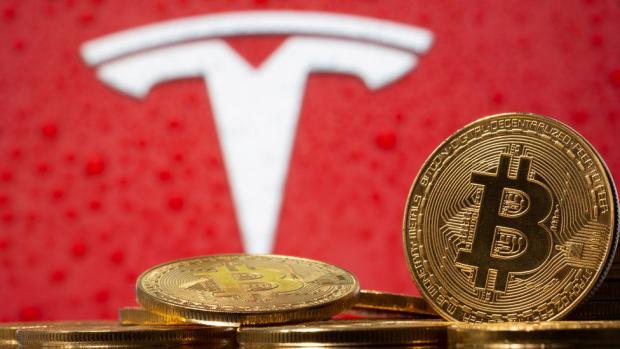 Ives shared his view on Tesla's decision in a note to clients Wednesday, a copy of which was obtained by Bloomberg. In it, he said he expects less than 5% of Tesla's transactions will involve bitcoin over the next 12-to-18 months, although over time, as crypto sees greater adoption, that number could rise.

"Tesla accepting bitcoin as a form of payment for its products/cars is a potential game changing move for the use of Bitcoin from a transactional perspective," the analyst said.

Ives maintained his "neutral" rating on Tesla stock, and his $950/share price target, which is nearly $300 more than where the shares were trading at Tuesday's close.

Tesla CEO Elon Musk tweeted in the early hours of Wednesday morning that Tesla customers can now officially pay for their cars with bitcoin.

The decision, announced in a series of early-morning (or late-night, depending on which coast you're on) tweets from Musk, who said the option would only be available to American customers - though he said international customers would be able to use bitcoin as payment "later this year."

What exactly does Tesla plan to do with that Bitcoin? According to Musk, any bitcoin paid to the company will be retained as bitcoin, not converted to fiat. Musk added that Tesla is operating its own bitcoin nodes (so the company presumably won't need to depend on a third party like Goldman Sachs with its crypto trading desk).