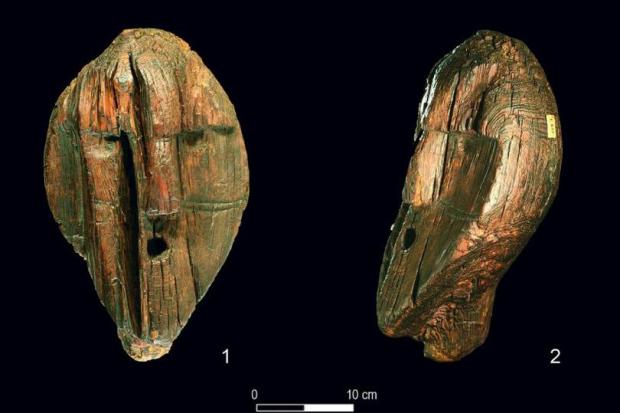 The world's oldest known wooden sculpture is recognised as a 'unique and unparalleled find' that could change what we know about human history - only decay is preventing others from being found.The Shigir Idol is over 12,500 years old and is regarded as the earliest known work of ritual art after it was dug out of a peat bog by gold miners in 1890.

The Idol which was named for the bog near Kirovograd where it was found, is presumed to have rested on a rock base for perhaps two or three decades before toppling into a long-gone paleo-lake, where nature protected it like a time capsule.

The relic - or what's left of it - is carved from a slab larch and scattered among the geometric patterns are eight human faces, each with slashes for eyes.

The topmost mouth, set in a head shaped like an inverted teardrop, is seen to be wide open and archaeologists have found it slightly unnerving.

Head of research at the Department of Cultural Heritage of Lower Saxony, in Germany, Thomas Terberger said: "The face at the very top is not a passive one.

Most human origins stories are not compatible with known fossils