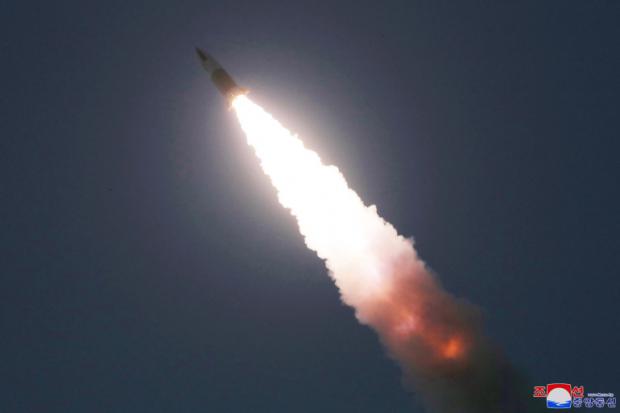 North Korea has fired off a series of short-range missiles, presenting President Joe Biden with a foreign policy challenge while the administration is contending with an influx of immigrants at the southern border.

'The outreach from us to North Korea can be described, follows over a year, across two administrations now, without active dialogue with North Korea, despite multiple attempts by the U.S. and across two administrations to engage. We do not see the activity that took place this weekend as closing that door,' the official said on a briefing call with reporters Tuesday.

The tests, first reported by the Washington Post, followed a new round of joint military exercises between the U.S. and South Korean forces,North Korea has long chafed at the joint exercises, which it considers provocative and a threat to invade the hermetic nation.

The action comes a week after North Korean dictator Kim Jong-un's sister made a series of caustic remarks about the U.S.

Kim Yo-jong warned the U.S. not to 'make a stink' just as U.S. officials were to arrive last week in Seoul.

'A word of advice to the new administration of the United States that is struggling to spread the smell of gunpowder on our land from across the ocean,' the influential Km Yo-jong told official state media.

'If it wants to sleep in peace for the coming four years, it had better refrain from causing a stink at its first step,' she said.