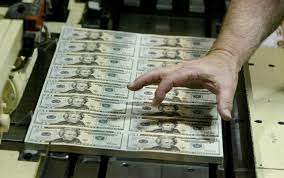 All across the spectrum in nearly every economic sector, shortages are plaguing the supply chain. This is exacerbating an already inflationary environment to the point that Weimar-style hyperinflation could be the next domino to fall.

"Stated directly, our costs are increasing and are much more volatile than in the past," Harnett added, pointing to several factors that are making the situation worse rather than better.

Earlier in the month, we reported that coffee prices were on the rise due to supply chain disruptions caused by shortages in shipping containers where they needed to be. Now it appears that most other sectors are seeing similar disruptions.