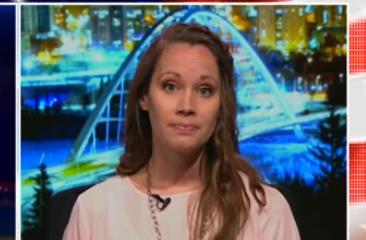 The wife of Canadian pastor James Coates, who was jailed for holding church services amid COVID lockdowns, spoke out passionately about her husband's ordeal, saying it "really should be shocking to people" that a Christian pastor is behind bars.

"Well, I think there's been a war, like a boiling frog for a while, I think our freedoms have just been slowly stripped from us and, so slowly over time that we didn't even realize it, and so when something like health order is put in place, that takes away your freedoms, it's not shocking to people. And it really should be shocking to people that there is a pastor in jail right now who's given his life to sacrifice and love other people to worship God," Erin Coates told Fox News host Tucker Carlson on his show Thursday.

"That's not shocking to a lot of people — and it really should be. We are on a dangerous road right now. And I think because we've just been in the pot for so long boiling that people aren't really realizing the danger that we're facing as a nation."