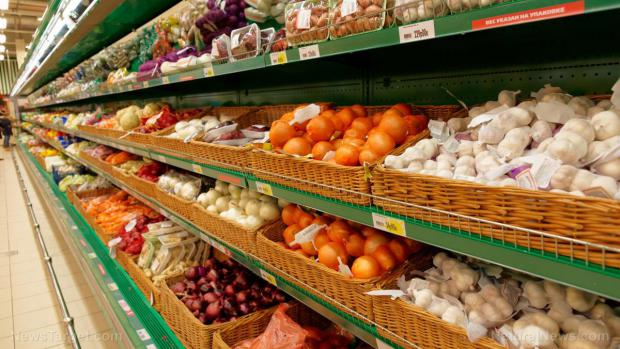 (Natural News) In the middle of a pandemic that has seen businesses struggle to stay afloat, online retail giant Amazon has quietly been building its own chain of grocery stores.

Called Amazon Fresh, the first of these stores was opened to the public in Los Angeles in September last year. The company opened its 11th store on Thursday, March 10, and is working on at least 28 more stores around the United States.

Many consider Amazon Fresh to be the tech giant's second major attempt at getting a larger chunk of the $900 billion U.S. grocery industry.

In 2017, the company completed a $13.7 billion acquisition of supermarket chain Whole Foods. A report by Cowen and Company showed that only 12 percent of U.S. shoppers bought their groceries online in 2016, but it was expected to grow as most online shoppers were millennials over age 25, a generation that's bound to spend more on groceries over the next decade.

The acquisition was far from a match made in heaven. While Amazon is often associated with great value, Whole Foods has higher prices due to its reliance on more expensive organic goods. At the same time, the supermarket chain lagged behind its competitors in the shift to online grocery shopping. (Related: Are we witnessing the fall of Whole Foods?)

Whole Foods cut its prices, added online ordering and implemented benefits for Amazon Prime members, but struggled to totally reinvent itself. The expected dominance by Amazon in grocery sales, both online and off, has not been realized.