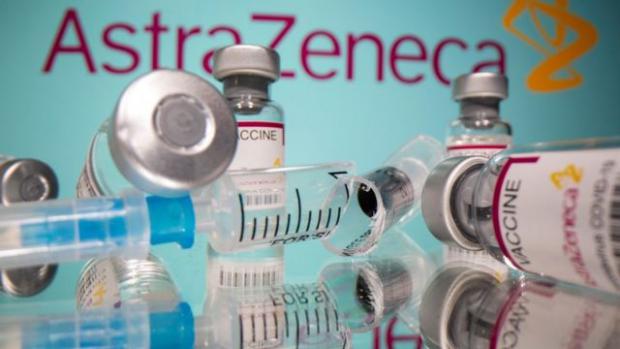 The UK's drug regulator, which polices the safety of Covid jabs, has also had reports of inoculated Brits being left screaming, yawning or crying afterwards.

Officials ask people to report any health issues they have had after being vaccinated in case a serious side effect does crop up. But the 65-page list of alleged reactions is full of oddities.

And some of these are even more common than actual medical problems. Rare brain blood clots that scared German regulators were reported five times, while six people reported 'teething' and 42 claimed crying was a side effect.

Bosses at the Medicines and Healthcare products Regulatory Agency (MHRA) say 'the suspected reactions described in this report are not proven side effects of Covid vaccines'. But they are kept on record in case any later do turn out to be linked.

Scandal swirled around the jab last week after more than a dozen European nations stopped using it because of fears it could be linked to deadly blood clots.

But regulators dismissed the fears and said clots were happening no more often than usual and the fact the people had been vaccinated recently was just a coincidence. The verdict prompted most countries in Europe to U-turn on their bans.

The bizarre list of side effects comes from Yellow Card reports given to the MHRA, which assesses the safety of the vaccine as it is rolled out.

It has so far kept track of all the potential side effects that happened among the first 11.7million people to get the Oxford/AstraZeneca jab in the UK.

The reactions include common side effects like headaches, fevers and muscle pains which have all been reported thousands of times and are known to be normal, affecting more than one in 10 people and clearing up on their own.