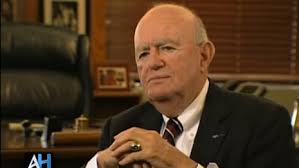 Washington, DC, federal appellate judge Laurence Silberman accused the New York Times and Washington Post, and to some extent the Wall Street Journal, of being mouthpieces for "rather shocking" bias against the Republican Party in a written opinion on Friday.

"The orientation of these three papers is followed by The Associated Press and most large papers across the country (such as the Los Angeles Times, Miami Herald, and Boston Globe)," he said in the opinion. "Nearly all television—network and cable—is a Democratic Party trumpet. Even the government-supported National Public Radio follows along."

Further, Judge Silberman wrote that Silicon Valley "also has an enormous influence over the distribution of news," which "similarly filters news delivery in ways favorable to the Democratic Party." He called Fox News, The New York Post, and the Wall Street Journal's editorial page "notable exceptions to Democratic Party ideological control," though he admitted "a number of Fox's commentators lean as far to the right as the commentators and reporters of the mainstream outlets lean to the left."