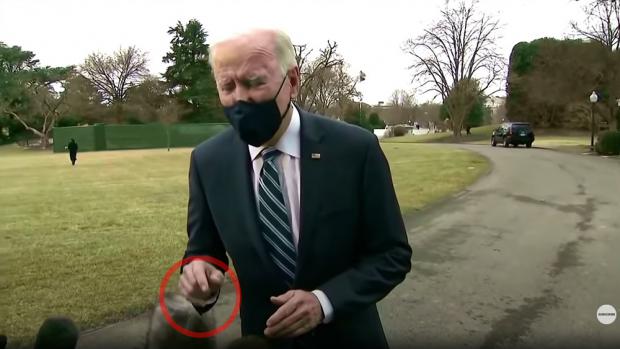 (Natural News) Since January 20th, we've known the Biden "presidency" has been completely faked, but we haven't had smoking gun proof of the fakery… until now.

A video, posted by Bloomberg's Quicktake video channel and covered by InfoWars, appears to show Joe Biden walking toward a group of reporters and telling them he has no plans to visit the border.

But the video reveals an obvious video layer compositing error when the hands of the virtual Joe Biden appear in front of microphones which are supposed to be in the foreground of the frame. In video editing, this is a newbie compositing error that results when the video editing person fails to mask out the microphones in the foreground, causing the fake Joe Biden (who is supposed to be several feet away) to seemingly magically have hands that "phase" over the microphones.

See the video below.

The video also has other obvious errors that reveal the fakery:

A rather obvious green screen outline appearing on the edges of Biden's suit jacket sleeves.

A complete failure to generate shadows on the ground underneath Biden, confirming his virtual image is being placed in the scene.

Green hue reflections in his white hair, revealing that Biden (or someone playing him) was filming in front of a green screen.

Here's a closeup showing the green hue reflecting from Biden's white hair. This is a common artifact when people with white hair are filmed in a green screen studio: 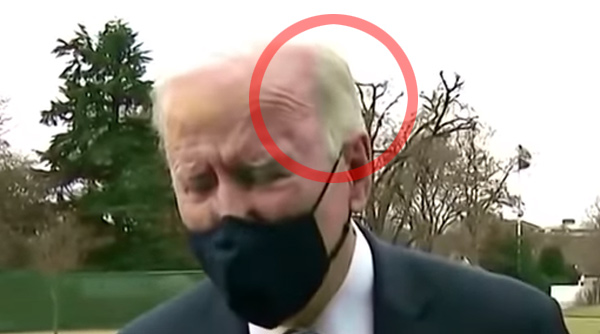