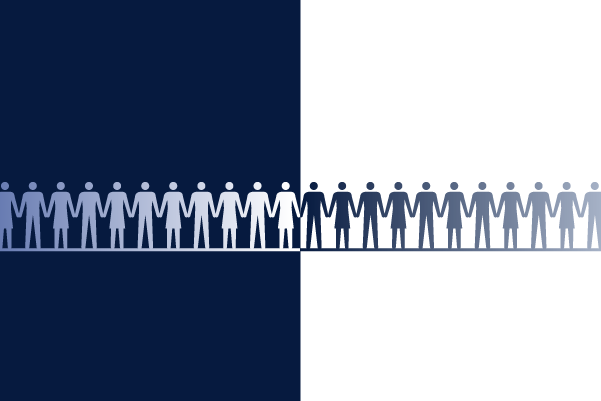 A group of current and former teachers and others in Loudoun County, Virginia compiled a lengthy list of parents suspected of disagreeing with school system actions, including its teaching of controversial racial concepts — with a stated purpose in part to "infiltrate," to use "hackers" to silence parents' communications, and to "expose these people publicly," reports The Daily Wire.

Look, the radical left is not playing around. They are not open to debate or discussion. They are about a Leninist-style power grab. The "by any means necessary" attitude is now seeping to the lower rungs of the movement. I guarantee you, this strategy wasn't developed by the group out of Loudoun County.

Members of the 624-member private Facebook group, which is called "Anti-Racist Parents of Loudoun County," named parents and plotted fundraising and other offline work. Some used pseudonyms, but The Daily Wire has identified them as a who's who of the affluent jurisdiction outside D.C., including school staff and elected officials.

Secret communications reviewed by The Daily Wire do not offer any evidence of racism by the group's targets, or even attempt to. Their opponents were apparently those who objected to, sought to debate, or were even simply "neutral" about "critical race theory."

According to the Wire, in recent years, Loudoun's school system has flooded its curricula and policies with racial rhetoric, paying about $500,000 to one racial consulting company alone. It required all staff to undergo "Equity in the Center" training that promoted a sense of injustice and urgency.

1 Comments in Response to Teachers Compile List Of Parents Who Question Racial Curriculum, Plot War On Them

You love your children. And it would be kind of crude to say that they are your property. But essentially, they are your property. You made them. Nobody else did. So, you should own them. Certainly government shouldn't have any authority over your property, except if you sign their ownership over to government. You didn't do that, did you? You might have. The birth certificate is a transfer of property form. If you didn't sign it "non-assumpsit, (your signature)," you transferred your property to government. --- No meeting of the minds, so no contract? If you don't know about it, you can't do anything about it? All government can do is go by what is written - the birth certificate. If you don't like it, rescind your signature off this one, and do a proper one, with non-assumpsit before your signature.