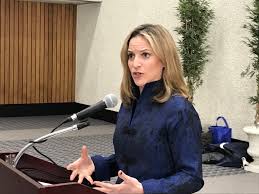 After countless irregularities in the 2020 election and questions that arose due to the handling of ballots, counting of ballots, and absentee ballots, a Michigan judge has ruled that Michigan's Secretary of State did in fact direct city clerks to ignore signature matching law on absentee ballots in the 2020 election.  However, the ruling appears to be too little too late to have any effect on the fantastically mismanaged 2020 election that millions of reasonable Americans do not trust.

100 Percent Fed Up reports – A 2019 lawsuit filed in Michigan by Marc Elias of the infamous Democrat's law firm Perkins Coie on behalf of the progressive group, Priorities USA insisted that signature verification was somehow illegal because it disenfranchised voters.

According to a new ruling in a separate case in Michigan, Democrat Secretary of State Jocelyn Benson likely agreed with that sentiment.

Because Benson did not go through the proper rule-making process when issuing the guidance, clerks do not need to comply with it for future elections, Murray ruled last week.

Sorry but I file this under so what....They got away with it and doubtful any one will go to jail, Be personaly heavily fined. or the vote count be redone to show Trump won..... Courts would cower out and use latches or just make the taxpayers pay so they get screwed twice.