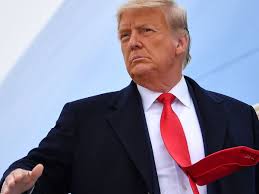 The Army has a lot of explaining to do after a memo was recently leaked to the media.

Reports from the Washington Post and Vanity Fair (hardly pro-conservative news outlets) are showing that on January 5th President Trump, acting Secretary of Defense, Christopher Miller, and his chief of staff, Kash Patel told the Pentagon that they are going to need 10,000 troops in DC.

"We're like, 'We're going to provide any National Guard support that the District requests,'" Miller responded. "And [Trump] goes, 'You're going to need 10,000 people.' No, I'm not talking bullshit. He said that. And we're like, 'Maybe. But you know, someone's going to have to ask for it.'" At that point Miller remembered the president telling him, "'You do what you need to do. You do what you need to do.' He said, 'You're going to need 10,000.'"

The Washington Post has claimed to have seen an internal memo from the Pentagon showing that military leaders rejected the advice from the White House because they were worried about optics.

President Trump was worried about what might occur on January 6th and wanted the city secure, however, the Army balked.

"The Army ultimately relented after facing pressure from acting defense secretary Christopher C. Miller and the chairman of the Joint Chiefs of Staff, Gen. Mark A. Milley, and realizing that District officials weren't going to turn to the Justice Department for help instead, as the Army had wanted."

In other words, the Army ignored the suggestions of their President until it was too late.