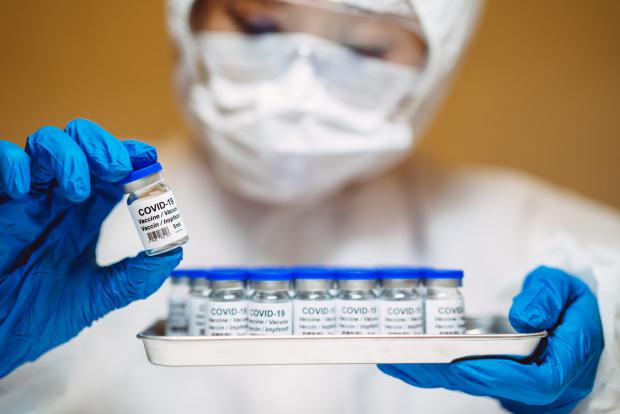 Fauci said he'd like to see former President Donald Trump come out and publicly urge his supporters to get the vaccine.

"I wish he would," Fauci said on "Fox News Sunday." "He has such an incredible influence over people in the Republican Party. It would really be a game changer if he did."

A PBS News Hour/NPR/Marist poll released Thursday showed that 41% of people who identify as Republicans, including 49% of GOP-leaning men, said they had no plans to get one of the three federally approved coronavirus vaccines. Among Democratic-leaning men, only 6% said the same.

Separately, a Monmouth University poll found 56% of Republicans either wanted to wait and see before getting a vaccine, or said they were likely never to get one. Only 23% of Democrats felt the same way.

"I just don't get it," Fauci said on NBC's "Meet the Press" when asked about polling. He noted the various diseases that have been stamped out with vaccines, including polio and smallpox.