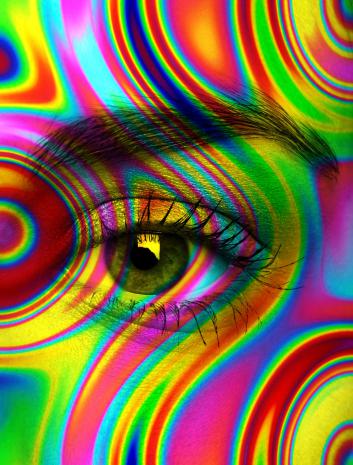 Participants will be given the drug DMT, followed by talking therapy.

It is hoped this could offer an alternative for the significant number of people who don't respond to conventional pills for depression.

A growing body of evidence indicates other psychedelic drugs, particularly alongside talking therapy, are safe and can be effective for treating a range of mental illnesses.

This will be the first time DMT is given to people with moderate to severe depression in a clinical trial.

Carol Routledge, the chief scientific officer of Small Pharma, the company running the trial said: "We believe the impact will be almost immediate, and longer lasting than conventional antidepressants."

The drug is known as the "spirit molecule" because of the way it alters the human consciousness and produces hallucinations that have been likened to a near-death experience.

It is also the active ingredient in ayahuasca, a traditional Amazonian plant medicine used to bring spiritual enlightenment.

Researchers believe the drug might help loosen the brain's fixed pathways, which can then be "reset" with talking therapy afterwards.

Fake News Below Is Hazardous to Your Health

Promoting and Profiting from Mass-Toxification