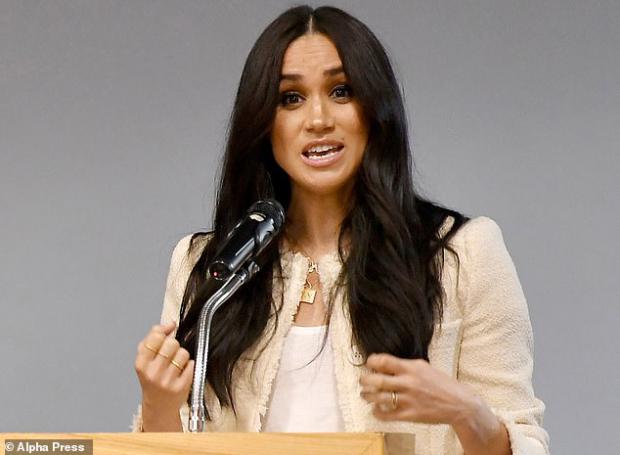 One senior Labour figure – a veteran of Tony Blair's Downing Street administration with strong links to Washington – claimed to The Mail on Sunday that Ms Markle, 39, was networking among senior Democrats with a view to building a campaign and fundraising teams for a tilt at the US Presidency.

Last night, a source close to the Duchess of Sussex declined to comment, but the couple have made little secret of their political beliefs.

During the US election last year they levelled a thinly veiled attack on Donald Trump by urging voters to 'reject hate speech', which a spokesperson for the couple described as 'a call for decency'. Trump himself declared that he was 'not a fan' of Meghan, 39.

A source said: 'The Blairite, internationalist and Democratic party networks are buzzing with talk about Meghan's political ambitions and potential backers.'

Last year, a friend of the Duchess told Vanity Fair magazine that one of the reasons she did not give up her American citizenship when she married into the Royal Family was to allow her to keep open the option of entering Washington politics.