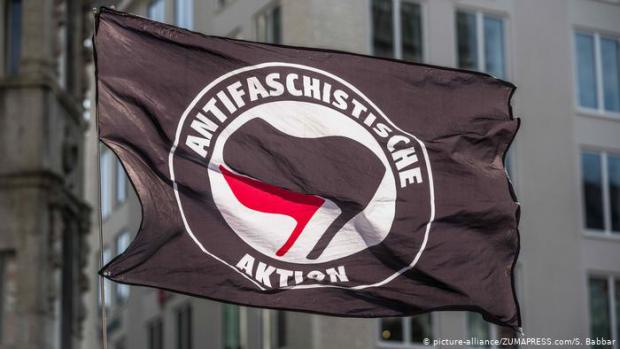 The wife of a top Antifa leader in Charlotte, North Carolina, was fired from a major hospital system for accessing the records of a conservative activist.

The domestic-terrorist group apparently used the information to dox and harass Talbert, who is the founder and lead organizer of Deplorable Pride, a gay–straight conservative alliance based in Charlotte.

Talbert first came into prominence in 2017, when Deplorable Pride garnered national media attention after being refused a spot in the city's annual Pride parade.

Since then, his group has maintained a regular presence at local conservative demonstrations, drawing the wrath of Antifascist Charlotte, which has targeted Talbert in particular.

"I'm just one who's refusing to back down from these terrorists, and that's why I'm getting the brunt of their attention," he told Headline USA in a recent interview.

The Antifa website brands Talbert as a "fascist" and an "ultranationalist." It also includes information about his home address, as well as the address of his mother's workplace.

"While the enemy boasts a large social media following we have a superior strategy and have no fear of the consequences of our fight," the Antifascist Charlotte blog says. "Talbert has many weaknesses which will work in our favor."