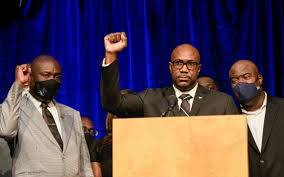 The settlement, which was approved 13-0, is the largest in Minneapolis police history. About $500,000 will go to the community around the intersection where Floyd died.

"It's not just enough for America to say that George Floyd's life matters. We have to show that George Floyd matters by our actions," Benjamin Crump, an attorney representing Floyd's family members, said during an afternoon press conference.

He added that the record settlement shows "we can reach an agreement about what form justice might take, not wait for it to be determined only by a [historically] discriminatory criminal justice system."