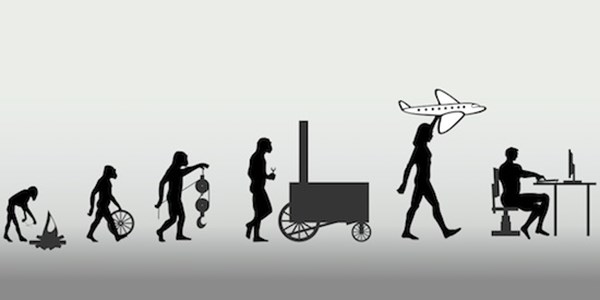 The major technology for cars, electricity, subways, steel, high rises, phones, vaccines, antibiotics existed at proven scale by 1920. The major additions were computers and the internet. Planes existed and many were used in WW1 but the jet engine was a significant improvement.

People could travel 25-30 miles a day by horse or bicycle but traveling 50-150 miles per day in one of the 2-6 million cars in the 1920s was difficult. The reason is that the roads were mostly dirt and poorly connected. The interstate highway system had to be built over the 1950s to enable better car travel. Cars and planes have not had real improvements in travel times since the 1970s in the western world. The inflation-adjusted costs per mile have been stagnant. We have been able to travel 400-900 miles in a day via cars and trains since the 1960s in developed countries. Mass air travel has been able to move people over 3000-5000 miles in a day since the 1970s. The distance that can be traveled in one hour has gotten worse in many cases over more recent decades because of traffic jams. The actual time to make air travel has gotten worse because of 2-3 hours needed for the check-in and security processes and the time needed to get to and from airports.

Can we increase the daily range of ground travel by three to six times?

There is high-speed rail in China, Japan and Europe. This allows three times the daily range compared to express conventional trains.

The 1980s and onwards was spreading advanced technology and infrastructure to Asia.

Electric cars and self-driving are clearly deploying at scale and will reduce the cost per mile by four times. Self-driving and networked cars and trucks will be able to eliminate traffic jams and increase safe and efficient driving speeds to 120-150 miles per hour. Daily driving distance will increase to over 3000 miles. There will be no need for rest breaks and passengers and drivers will be able to rest or work during the trip. The effective speed will increase by 2-6 times. The six-times increase is over 25 mph in heavy traffic.

Energy costs could decrease to 1 cent per kilowatt-hour with advanced solar, advanced grid, batteries and some nuclear or other base load power.