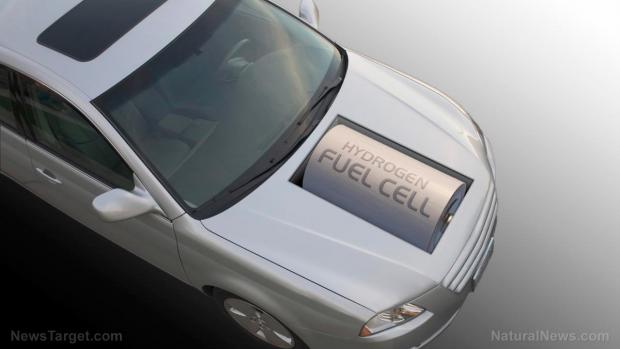 (Natural News) Toyota will sell a hydrogen fuel cell module to manufacturers starting later this year as an alternative to electrified powertrains. The Japanese automaker has been at the forefront of hydrogen fuel technology since developing a hydrogen-powered electric vehicle, the Toyota Mirai.

The new module will be compatible with stationary generators and various types of vehicles, including trucks, buses, trains and ships. The firm hopes that the module will stimulate interest in fuel cell products, as the technology's niche status is a major barrier to widespread adoption.

The fuel cell module can be directly connected to an existing electrical instrument equipped with a motor, inverter and battery, Toyota said in a statement on Friday, Feb. 26.

"Many companies involved in fuel cell products in a variety of industries are looking for fuel cell systems that can be easily adapted to their own product," the automaker said.

As with most fuel cells, Toyota's module runs on hydrogen gas, a low-polluting source of energy touted as a promising alternative to fossil fuels. Hydrogen fuel cells directly convert hydrogen to electricity and generate only water and heat in the process. They are commonly used today for transportation, where vehicles are kitted out with fuel cells and a tank to store hydrogen gas.

Toyota will start selling the module to other companies as early as spring but did not reveal its price. Customers will be able to choose either a horizontally or vertically packaged model weighing around 500 pounds. With an output of 60 to 80 kilowatts, both models will offer a voltage range of between 400 and 750 volts.