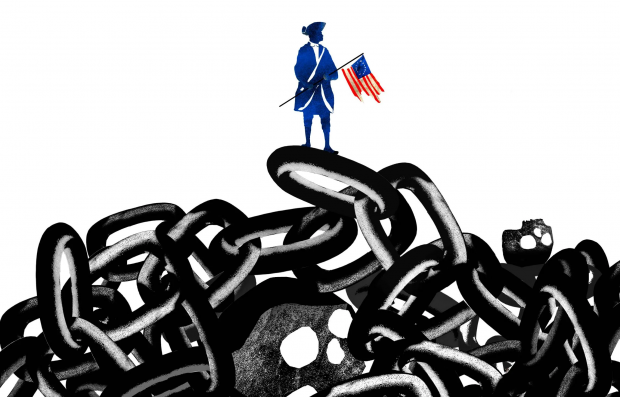 "… the greater part of the population is not very intelligent, dreads responsibility, and desires nothing better than to be told what to do. Provided the rulers do not interfere with its material comforts and its cherished beliefs, it is perfectly happy to let itself be ruled."

Huxley's quote above was exactly correct when written, but today, even the interference in the people's material comforts does not dissuade their desire to be ruled, as has been evidenced this past year. The best politician on earth is still a statist, so it stands to reason that all those that support the political class, unless ignoramuses are statists as well. Given this observation, the masses must then be either ignorant or lovers of the state, and that alone explains why this country is now on the verge of collapse and totalitarian rule.

The act of openly allowing rule negates any "right" to be free. This should be completely obvious, but most have been instructed (indoctrinated) to believe just the opposite is true. It seems to me that voting was created simply to plant the seed of being ruled as desirable into the minds of the weak, as this selection process is wholly based on this premise. Any critical thinker would have to pause when accepting the attitude that choosing a ruler to lord over him is in his best interest, so why has humanity succumbed to the idea of servitude as normal and right? The only plausible answer to this question appears to be that this is the real nature of man, or that most common men are fools.

If any take offense to these statements, and most will, then you will likely continue to behave in a manner acceptable to the ruling class, and will also continue to cause great harm to those brave enough to respect freedom by your inaction and acceptance of voluntary bondage. You are also the ones that hide from the truth, hide in your home prisons, wear masks, hide and distance from others, that abandon your families, that close your businesses, that tattle on your neighbors, that line up for poisonous and experimental injections, and that continue to support the controlling few and their evil agents in government. You are the ones that choose to shame those courageous citizens that stand against tyranny, and you are the problem!