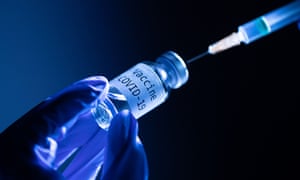 Now, at least one person is taking action to prevent it.

"You can't be forced to be a human guinea pig when a product is experimental," said N. Ana Garner, an attorney for the suing Isaac Legaretta, who filed his complaint in U.S. District Court District of New Mexico Sunday. "We have the right to bodily integrity," she told Bloomberg.

Indeed. And, to those who attempt to dispute the fact that this is experimental, you should read more. By the very definition of the phrase, "long-term effects" the literal long-term effects of the vaccine are completely unknown, making this vaccine experimental.

The approval and distribution process has been so fast that even those working on the front lines of the pandemic are expressing their concerns and refusing to take the jab.