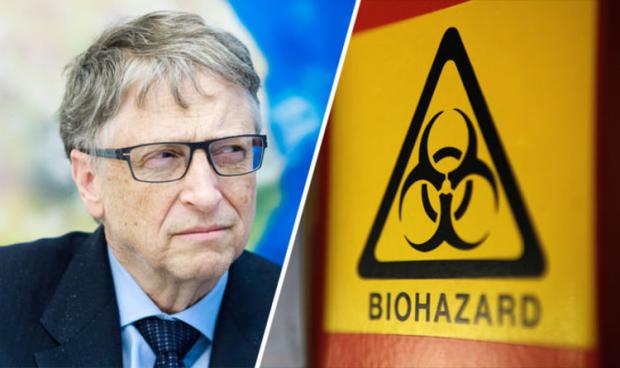 In January of 2020, a little-known company named Moderna got access to the genomic sequences of SARS-CoV-2 isolates. These sequences were quickly used to develop mRNA-1273, an mRNA vaccine that encodes SARS-CoV-2 spike proteins in human cells. The technology is experimental and relatively new, but it has been studied for several years so it could potentially be utilized against an emerging infectious disease. The emergence of a novel, beta coronavirus with enhanced gain-of-function properties (covid-19), presents the perfect opportunity for Moderna to experiment on human DNA using the mRNA platform, opening up a treacherous portal toward transhumanism and creating the conditions for perpetual human dependency on mRNA technology for optimal cellular processes and immune function.

In 2016, Microsoft confirmed they could "program complex behaviors using DNA." Dr. Andrew Phillips, head of bio-computation at Microsoft Research, said that DNA is highly programmable, just like a computer. In 2009, Microsoft Research released controversial research detailing how DNA circuits can be programmed. These programs can impart a range of complex behaviors using DNA molecules. "Imagine a biological computer that operates inside a living cell," remarked Dr. Phillips.

Dr. Neil Dalchau, a Microsoft Research scientist, said the company is working on a way "to use DNA as a programmable material." He wrote that their biggest challenge is figuring out how to automatically diagnose within cells. With a meticulous cellular surveillance system, the technology could be used to diagnose what the cell needs in real time, hijacking its operations automatically and communicating new instructions. This system would be akin to a wireless remote control that could exploit human cells. Dr. Dalchau said the technology would be able to "trigger the death" of specific cells as well. Microsoft is heavily invested in this controversial research and developing a system of physiological control inside humans that senses, analyzes and controls molecular information.