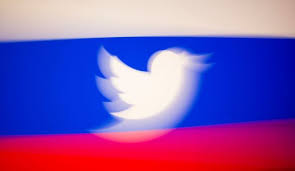 Russia said on Wednesday it was slowing down the speed of Twitter in retaliation for its alleged failure to remove banned content, and threatened a total block if the U.S. platform did not comply with its deletion demands.

The move, which escalates a growing stand-off between Moscow and U.S. social media firms, comes weeks after Russian authorities accused Twitter and others of failing to delete posts it said illegally urged children to take part in anti-Kremlin protests.

Russia has traditionally taken a more hands-off role in policing the internet than neighbouring China. But as domestic political tensions have risen this year over the arrest and jailing of Kremlin critic Alexei Navalny - which triggered nationwide protests - it has signalled a tougher line.

Roskomnadzor, the state communications regulator, said in a statement that as of Wednesday there were more than 3,000 posts containing illegal content on Twitter, which it accused of ignoring its deletion requests for years.