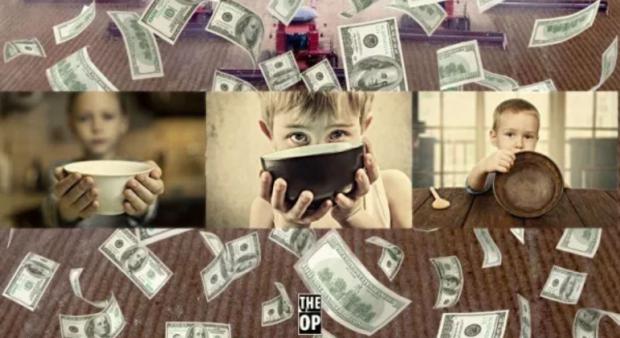 In the age of Woke Capitalism, where brand names, spokesmen, and even customers are canceled for violating the latest cultural Marxist edict, Big Banks have taken moves to isolate and disable accounts of gun manufacturers and other "enemies" of the fascist state. On the other hand, these same banks that have funded major corporations worldwide who have contributed to environmental degradation have also attempted to put forward a more "green" and anti "climate change" face.

Now, there is a telling and dangerous trend taking place in the world of banking and finance. This time, it's not so much an impending collapse, but where Big Banks and investors are looking to place their bets.

The website that brought this new investment trend to light is Inside Climate News. ICN is upset that these banks are investing in industries that "drive climate change" by producing harmless gasses and feeding humans. Cutting down rainforests is a huge environmental issue. However, ICN is more concerned about another issue that the new investment trend reveals.

"Animal protein and even dairy is likely, and already has started to become the new oil and gas," said Bruno Sarda, the former North America president of CDP, a framework through which companies disclose their carbon emissions. "This is the biggest source of emissions that doesn't have a target on its back."

While fearmongering about carbon in almost every sentence, ICN claims that, by 2030, livestock production alone could consume nearly half of the world's carbon budget. Putting aside the question of climate change, this represents a huge potential for profitable investment, whether livestock production continues or not.

"It's not enough to divest from fossil fuel," said Devlin Kuyek, a senior researcher at GRAIN, a non-profit organization that advocates for small farms. "If you look at emissions just from the largest meat and dairy companies and the trajectories they have, you see that these companies and their models are completely unsustainable."

Those trajectories could put global climate goals well out of reach.