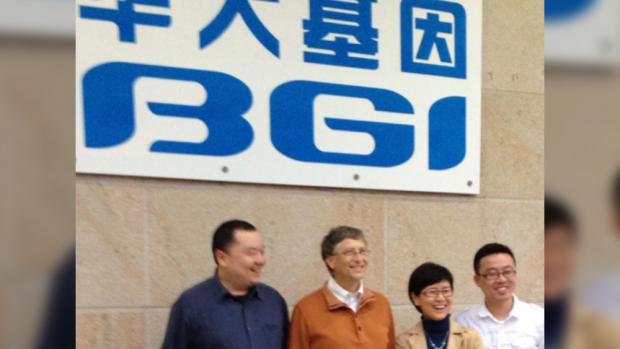 (Natural News) A stunning development covered by The National Pulse reveals that the Bill & Melinda Gates Foundation helped fund a communist Chinese military front company that used "covid testing" as a ruse to surreptitiously harvest the DNA of Americans.

This CCP front company was also exposed by 60 Minutes. The name of the CCP front company is BGI Genomics. As The National Pulse explains, "The Gates Foundation has also funded BGI projects relating to genome sequencing alongside Chinese Communist Party bodies such as the Ministry of Science and Technology and Academy of Agricultural Sciences. Similarly, Dr. Tadataka Yamada, the former president of the Bill & Melinda Gates Foundation's global health program, serves as the Chairman of BGI's Scientific Advisory Board."

See the Chinese website for BGI at BGI.com, and the US (English) site is www.bgi.com/us/

This bombshell news story is covered in today's Situation Podcast (below), along with other timely news about covid, "woke" grocery stores, the Texas fight for free speech and much more.

Here's a picture of Bill Gates standing under a BGI corporate banner, alongside other key people (presumably mainland Chinese). The Chinese words say, essentially, "Genomics." The words are written in Simplified Chinese, which is the written script of mainland (communist) China.