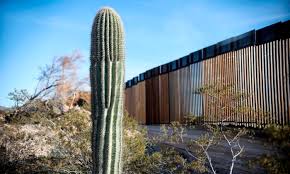 Authored by Jack Phillips via The Epoch Times,

A U.S. Border Patrol official issued a warning that illegal immigration is on track to overtake the past three years combined amid a surge of migrants at the U.S.-Mexico border.

"So right now we're about a hundred percent over where we were this time, this last fiscal year," John Modlin, the interim chief in charge of the Border Patrol's Tucson sector, told independent journalist Sharyl Attkisson.

Modlin said the uptick can be blamed on the reversal of President Donald Trump's immigration orders by the Biden administration, including halting construction of the border wall, ending Trump's "Remain in Mexico" policy, and others.