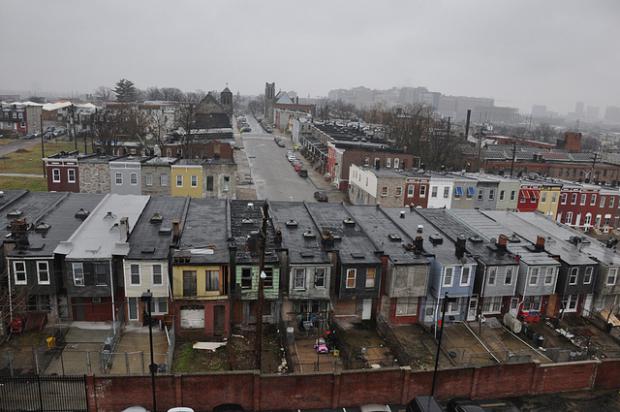 Before President Trump and Republicans focused their energy on Baltimore City, showing how decades of liberal-run leadership transformed the once-thriving metro area into a "hell-hole," readers may recall our reporting (see: here & here & here) showed a side of Baltimore that many hardly knew, except if they watched the crime series "The Wire."

From the opioid epidemic to homicides to gang warfare to violent crime to failing infrastructure to abandon rowhomes to massive wealth inequality - we were some of the first to shed light on the side of Baltimore traditional media never wanted you to see.

Picking up the torch is Daily Caller's Caity McDuffee, who walked the streets of Baltimore with former congressional Republican nominee (MD-District 7) Kimberly Klacik.

"Democrats don't want you to see this. They're scared that I'm exposing what life is like in Democrat-run cities. That's why I'm running for Congress Because All Black Lives Matter Baltimore Matters And black people don't have to vote Democrat."

McDuffee spoke with Klacik and her campaign manager, Markus Trend Anderson, both explained how "all around Baltimore" there are thousands of vacant homes. He said most of the federal money designated for these neighborhoods never hits the streets.

The reporter then spoke with a local paster by the name of Rodney Hudson, who said the whole system is corrupt. He said it's not just the school system that is broken, it's families, the economy - and "the entire community" - it's all broken.

Around the 3 minute mark, Klacik points out that balloons tied to things on the city street usually mean someone was murdered at that spot. On a per-capita basis, Baltimore is one of the most dangerous metros areas in the country.