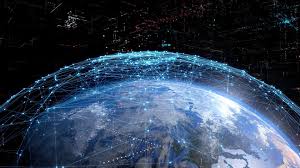 Starlink is a satellite-based internet service run by Elon Musk's SpaceX. Its main mission is to provide good internet coverage to rural regions and other areas that have poor or no service today. SpaceX has been steadily launching satellites since 2018, and the eventual goal is to have a constellation of tens of thousands of the cute little spacecraft in orbit, providing near-global service.

At the moment, Starlink has more than 1,000 satellites up, and the service is in a semi-public beta phase. Where is service currently available, and what are early adopters saying?

Ookla Speedtest (via PCMag) has created a map of current Starlink beta testers. It estimates that the service now has more than 10,000 users, who are seeing connection speeds of up to 170 Mbps, with no data caps.

So far, most of the Starlink customers are in the Northwest—Washington, Oregon, Idaho and Montana—with a smattering of users in Minnesota, Wisconsin, Michigan and Maine, plus a couple of clusters around Los Angeles and Silicon Valley. Starlink's service is mainly aimed at low-density regions that currently have few options for high-speed internet service. However, Ookla found a substantial number of users in urban and suburban areas such as Chicago, Seattle and Minneapolis.