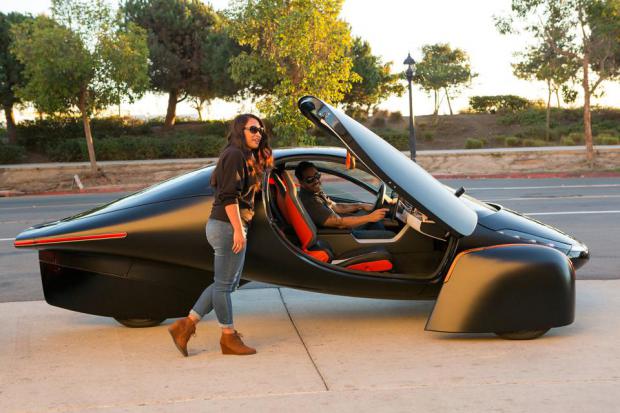 On February 18, Aptera Motors announced a $4 million Series A round of financing—and also 7,000 reservations of their new electric vehicle, worth a total of $250,000.

The Aptera electric trike has three wheels, costs around $25,000, and contains 34-square feet of solar cells which generate electricity to power the car for most daily commutes.

It can be plugged in, of course, for rainy days or nighttime, but unlike basic EVs it needs just 15 minutes of charge to drive 150 miles without stopping. Even the simple act of leaving it parked in the sun for a day can provide 40 miles of range all on its own—the equivalent of your car refilling itself with two gallons of gasoline.

As part of a bid to get the car to market by the end of the year, Aptera has moved into a new production and design facility in San Diego, California.

An estuary is a unique environment where a large river mouth or river delta mingles with salty seawater—an apt comparison to the Aptera solar trike, which is an estuary of different technologies coming together, each complementing the other.

Despite looking as dramatic as any Pagani Zonda or Lamborghini, the tapered backside, aerodynamic body, and arched, dolphin-like undercarriage are all designed to reduce drag.

In fact, the detail paid to the reduction of drag and energy use borders on obsessive. But it's through this ultra-efficiency that solar power, a relatively limited form of electricity generation, can actually become a useful feature for powering a car.