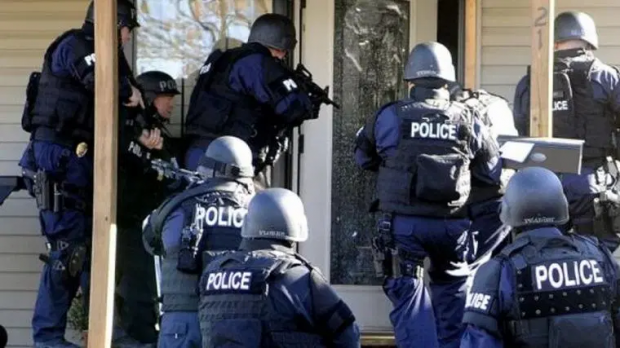 "How 'secure' do our homes remain if police, armed with no warrant, can pound on doors at will and … forcibly enter?"—Supreme Court Justice Ruth Bader Ginsburg, the lone dissenter in Kentucky v. King

Americans are not safe in their homes.

Not anymore, at least.

This present menace comes from the government and its army of bureaucratized, corporatized, militarized mercenaries who are waging war on the last stronghold left to us as a free people: the sanctity of our homes.

The weapons of this particular war on our personal security and our freedoms include an abundance of laws that criminalize almost everything we do, a government that views our private property as its own, militarized police who have been brainwashed into believing that they operate above the law, courts that insulate police from charges of wrongdoing, legislatures that legitimize the government's usurpations of our rights, and a populace that is so ignorant of their rights and distracted by partisan politics as to be utterly incapable of standing up to the government's overreaches, incursions and power grabs.

This is how far the mighty have fallen.

Government agents—with or without a warrant, with or without probable cause that criminal activity is afoot, and with or without the consent of the homeowner—are now justified in mounting home invasions in order to pursue traffic violators, seize lawfully-owned weapons, carry out knock-and-talk "chats" with homeowners in the dead of night, "prevent" individuals from harming themselves, provide emergency aid, intervene in the face of imminent danger, serve as community caretakers, chase down individuals suspected of committing misdemeanor crimes, and anything else they can get away with.

This doesn't even begin to touch on the many ways the government and its corporate partners-in-crime may be using surveillance technology—with or without the blessing of the courts—to invade one's home: with wiretaps, thermal imaging, surveillance cameras, and other monitoring devices.

However, while the courts and legislatures have yet to fully address the implications of such virtual intrusions on our Fourth Amendment, there is no mistaking the physical intrusions by police into the privacy of one's home: the toehold entry, the battering ram, the SWAT raid, the knock-and-talk conversation, etc.

Whether such intrusions, warranted or otherwise, are unconstitutional continues to be litigated, legislated and debated.

The spirit of the Constitution, drafted by men who chafed against the heavy-handed tyranny of an imperial ruler, would suggest that one's home is a fortress, safe from almost every kind of intrusion. Unfortunately, a collective assault by the government's cabal of legislators, litigators, judges and militarized police has all but succeeded in reducing that fortress—and the Fourth Amendment alongside it—to a crumbling pile of rubble.