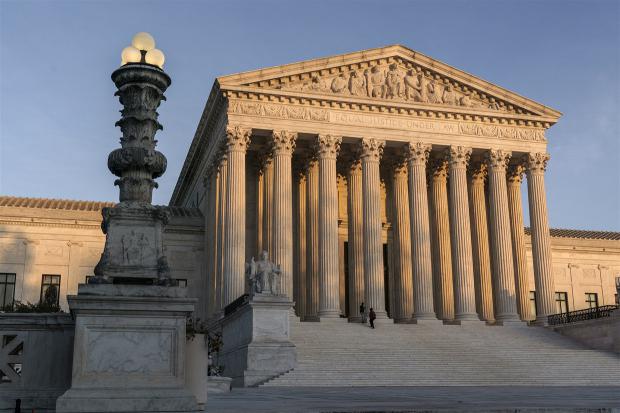 The US Supreme Court on Tuesday will hear arguments in two Republican-backed vote integrity laws in an Arizona case which could affect how the nation's lower courts resolve election disputes over ballot harvesting and casting ballots in the wrong precincts.

The case, for which virtual oral arguments will begin on Tuesday, will be a test of the Voting Rights Act - which the Supreme Court significantly pared back in 2013, according to NBC News.

Two Arizona laws are at issue in the virtual oral arguments before the justices. One requires election officials to reject ballots cast in the wrong precincts. The other concerns voting by mail and provides that only the voter, a family member or a caregiver can collect and deliver a completed ballot. -NBC News

"Prohibiting unlimited third-party ballot harvesting is a commonsense means of protecting the secret ballot," argued the state in court filings, while the out-of-precinct rule is designed to prevent people from voting multiple times.

Arizona officials and the state Republican Party are joined by 19 largely Republican-led states in Tuesday's case. The state is one of about 20 states which limits ballot collection - as existing law only allows a limited category of people to handle another person's completed ballot, such as family, caregivers, mail carriers and election officials - not community groups going door to door to harvest ballots, which Republicans argue provides an opportunity for voter fraud.

"As a result, many voters — a disproportionate share of whom are minorities — have come to rely upon friends, neighbors, activists, and campaigns to collect and deliver their voted mail ballots," the DNC brief states. "Ballot-collection assistance is particularly crucial in the final days before an election when it is too late to return ballots by mail."

Democrats also argue that minorities move more often and are less likely to own homes, requiring them to change polling locations more often.