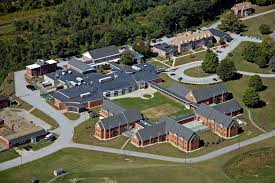 The Youth Development Center in Manchester, New Hampshire, is accused of letting 150 staff abuse more than 200 children over 60 years

Staff are accused of gang-raping kids, beating them unconscious, getting one pregnant, breaking their bones and burning them with cigarettes

Lead plaintiff, David Meehan, 39, has waived his right to anonymity

In July 2019, two ex counselors were charged with 82 counts of rape

Those charges were dropped last March, when prosecutors announced it was launching an expanded investigation into more staff

The institution has been renamed The Sununu Youth Services Center