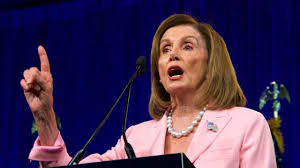 The files, disclosed quietly as America was fixated on the unfolding crisis in the nation's capitol, show Pelosi's father had deep, demonstrable ties to communists.

Among the revelations was that D'Alesandro Jr., who was a member of Congress and mayor of Baltimore, was shown to have ties to communist organizations, including a Soviet front group.

Investigative reporter John Solomon dug through the files and unearthed the most revealing passages on Just the News:

Elsewhere, the memo cites a "confidential source, who has furnished reliable information in the past," reporting that D'Alesandro appeared onstage at a 1943 rally for the National Council of American-Soviet Friendship, which was formed in 1943 by the Coummunist Party USA as a Soviet front group, according to the FBI.

FISA And The Still Too Secret Police