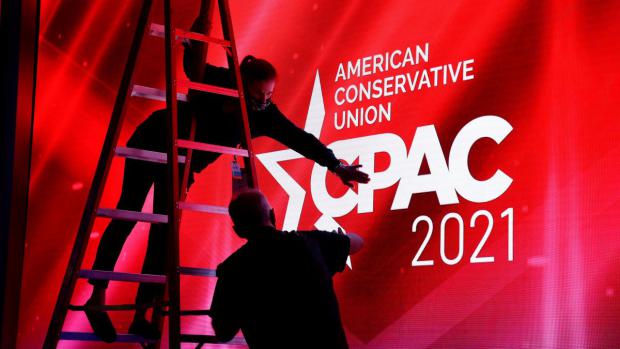 Donald Trump Jr and Kimberly Guilfoyle previewed Donald Trump's return to the political stage when the duo addressed CPAC on Friday, declaring the president to be the future of the Republican Party.

The former president makes his first post-White House appearance when he addresses the annual conservative gathering on Sunday. He is expected to solidify his hold on the GOP while slamming Joe Biden, his successor in the Oval Office.

Donald Trump Jr., his oldest son, told the crowd: 'I'm looking forward to Sunday. I imagine it will not be what we call a low energy speech.'

He added that his father's remarks would 'solidify Donald Trump and the MAGA movement as the future of the Republican Party.'