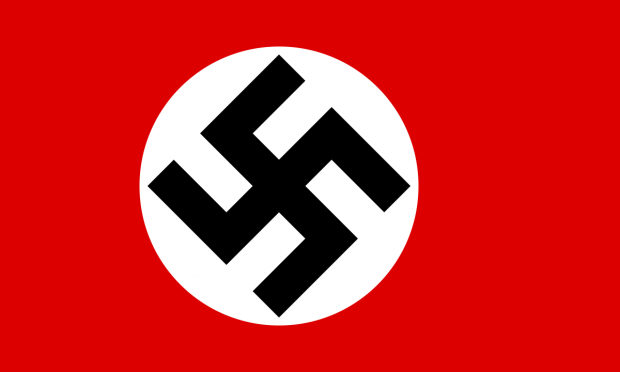 It is the white liberals in the Democrat Party and their presstitute propaganda machine—New York Times, CNN, NPR, Twitter, Facebook, YouTube, and the rest of the presstitute whores— that comprise the new Nazi movement.  The only difference is that this time the target is white gentiles.

The United States Holocaust Memorial Museum says that "the goal of Nazi propaganda was to demonize Jews and to create a climate of hostility and indifference toward their plight."  In actual fact, the purpose was more severe.  The purpose was to deprive Jews of their dignity and the  protection of law.  This has now happened to white gentiles in the United States.  For example, as I reported earlier today, Jodi Shaw, a white female staff member of Smith College, in former times a prestigeous women's college, now an anti-white propaganda institution, resigned, accusing the college of creating a "racially hostile environment" for white people.

Shaw said that Smith College's anti-white racism left her "physially and mentally debilitated. I endured racially hostile comments, and was expected to participate in racially prejudicial behavior as a continued condition of my employment. I endured meetings in which another staff member violently banged his fist on the table, chanting 'Rich, white women!  Every day, I watch my colleagues manage student conflict through the lens of race, projecting rigid assumptions and stereotypes on students, thereby reducing them to the color of their skin. I am asked to do the same, as well as to support a curriculum for students that teaches them to project those same stereotypes and assumptions onto themselves and others. I believe such a curriculum is dehumanizing, prevents authentic connection, and undermines the moral agency of young people who are just beginning to find their way in the world."  https://www.paulcraigroberts.org/2021/02/22/the-demonization-of-white-americans-is-official-educational-corporate-and-government-policy/