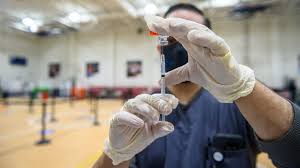 According to new data released today, as of Feb. 12, 15,923 adverse reactions to COVID vaccines, including 929 deaths, have been reported to the Centers for Disease Control and Prevention's (CDC) Vaccine Adverse Event Reporting System (VAERS) since Dec. 14, 2020.

VAERS is the primary mechanism in the U.S. for reporting adverse vaccine reactions. Reports submitted to VAERS require further investigation before a determination can be made as to whether the reported adverse event was directly or indirectly caused by the vaccine.

The latest VAERS data show that 799 of the deaths were reported in the U.S., and that about one-third of those deaths occurred within 48 hours of the individual receiving the vaccination.

As is consistent with previous VAERS data reports, 192 of the reported deaths — or 21% — were cardiac-related. As The Defender reported earlier this month, Dr. J. Patrick Whelan, a pediatric rheumatologist, warned the U.S. Food and Drug Administration in December that mRNA vaccines like those developed by Pfizer and Moderna could cause heart attacks and other injuries in ways not assessed in safety trials.

Of the 929 deaths reported since Dec. 14, 2020, the average age of the deceased was 77.8 and the youngest was 23. Fifty-two percent of the reported deaths were among men, 45% were women and 3% are unknown. Fifty-eight percent of the deaths were reported in people who received the Pfizer vaccine, and 41% were related to the Moderna vaccine.