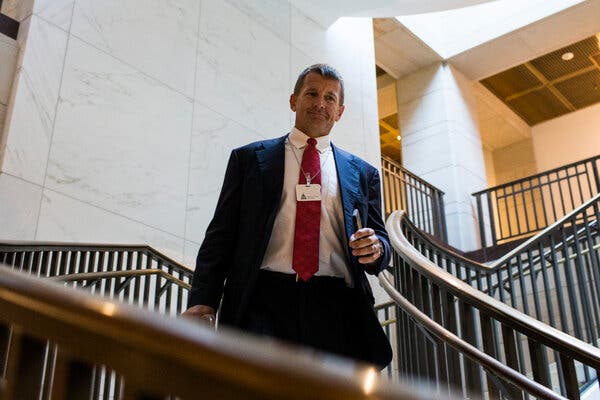 The founder of the notorious Blackwater private security company has since been involved in shady schemes and arms dealing everywhere from China to UAE to Syria to Venezuela. He currently heads the Hong Kong-listed Frontier Services Group, providing 'security services' across the globe.

And now it's been revealed that he's deeply involved in the still-raging war in Libya. No less than the United Nations is alleging he's overseeing a major arms dealing program in support of eastern Libya warlord Khalifa Haftar who has for years waged war to take over Tripoli. The findings are detailed in a confidential UN report.

"The confidential report to the Security Council, obtained by The New York Times and The Washington Post, and partly seen by Al Jazeera, said on Friday that Prince deployed a force of foreign mercenaries and weapons to renegade military commander Khalifa Haftar, who has fought to overthrow the UN-recognized Libyan government, in 2019," according to the latest reporting.

While Prince has typically avoided legal consequences for the past scandals he's been at center of, the UN findings could bring potential international travel restrictions or even sanctions by the world body. This scenario is likely given there is currently a strict UN arms embargo on the country (something however that's repeatedly violated by governments like France and the UAE and others).

"The $80m operation included plans to form a hit squad to track and kill Libyan commanders opposed to Haftar – including some who were also European Union citizens," The New York Times found in reviewing the UN report.