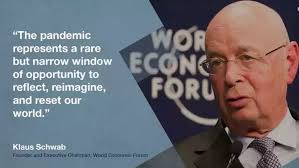 – There is some light of hope, but there is also an ever-obscurer darkness descending upon us. It's unreal. Its surreal.

We are being shoved from lockdown – to slight improvement of our freedoms, only to be put back into the lockdown. It's a strategy of manipulation, well thought out by scientists – and we the people, keep following and falling for it, falling in to the eventually bottomless pit.

It's a carrot and stick approach.

It's a twilight zone – between light of optimism – and darkness of deep despair.

We are being told that there are vaccines coming, then they are delayed, but then a batch is arriving – but it's not enough, creating anxiety for not having enough vaccines to cure our fear, never mind covid, fear is being cured by the appearance of a vaccine. And since, following the manipulative strategy, it's made strategically rare, and rarer, so people clamor for it, want it so badly, fight among each other, countries fight among each other, who will get it first?

The "vaccines" that are most used in the west, almost exclusively, are mRNA-type injections from Moderna (Bill Gates created and majority-owned pharma company), Pfizer, and to a lesser extent, from the Oxford-Swedish collaboration, the AstraZeneca. By the pharmas own admission, they are not vaccines, they are inoculations of gene-therapy agents that may affect the human genome.

We have no idea, since no experience, how they may affect our genome, our DNA, over time is available.