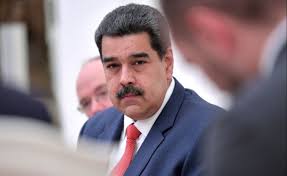 "All that was privatized, let it be nationalized," announced Chávez, who had run under the banner of democratic socialism.

Nearly a decade and a half later, on the brink of mass famine and a growing energy crisis, Venezuela is now moving in the opposite direction.

According to Bloomberg News, Venezuelan president Nicolás Maduro has quietly begun transferring state assets back into the hands of private owners in an effort to reverse the country's economic collapse.

"Saddled with hundreds of failed state companies in an economy barreling over a cliff, the Venezuelan government is abandoning socialist doctrine by offloading key enterprises to private investors, offering profit in exchange for a share of revenue or products," write Caracas-based journalists Fabiola Zerpa and Nicolle Yapur.