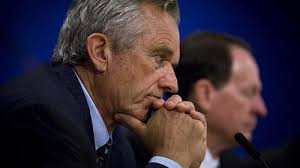 "The CIA and the media are part of the same criminal conspiracy," wrote Douglas Valentine in his important book, The CIA As Organized Crime.

This is true.  The corporate mainstream media are stenographers for the national security state's ongoing psychological operations aimed at the American people, just as they have done the same for an international audience.

We have long been subjected to this "information warfare," whose purpose is to win the hearts and minds of the American people and pacify them into victims of their own complicity, just as it was practiced long ago by the CIA in Vietnam and by The New York Times, CBS, etc. on the American people then and over the years as the American warfare state waged endless wars, coups, false flag operations, and assassinations at home and abroad.

Another way of putting this is to say for all practical purposes when it comes to matters that bear on important foreign and domestic matters, the CIA and the corporate mainstream media cannot be distinguished.

Brace Yourself For Another "Debt Ceiling" Fight