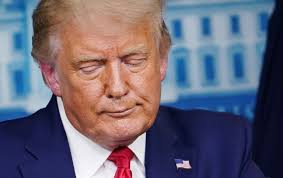 The next phase will consist of up to four hours of questions from senators to both the House managers and Trump's legal team - though several senators have said they don't think it will take that long.

"Our country needs to get back to work. I know that you know that. But instead we are here. The majority party promised to unify and deliver more Covid relief. But instead, they did this," said Trump attorney Bruce Castor in closing remarks.

Castor called Trump "the most pro-police, anti-mob president' in US history - suggesting that Democratic lawmakers turned a blind eye to BLM protests. He also said that the attack on the Capitol was in no way an "insurrection."

"Insurrection is a term of art. It's defined in the law," argued Castor. "It involves taking over a country, a shadow government, taking the TV stations over and having some plan on what you're going to do when you finally take power. Clearly this is not that."

*Update (1410ET): After spending much of the morning laying out their case for why the impeachment is a sham, former President Trump's legal team proceeded to play several montages of Democrats doing the exact same thing they've impeached Trump over - namely, calling for violence against Republicans. Interspersed throughout are clips of leftists committing violence against conservatives following the 'incitement.