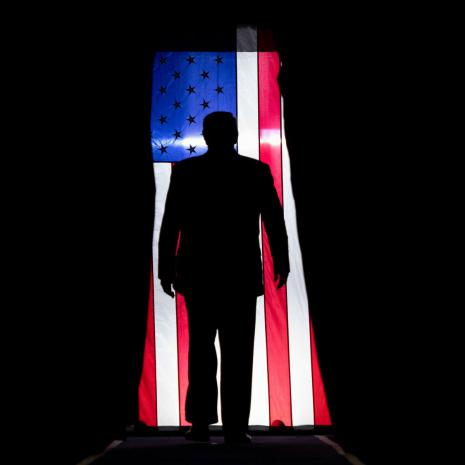 "All that was required of them was a primitive patriotism which could be appealed to whenever it was necessary to make them accept longer working hours or shorter rations. And even when they became discontented, as they sometimes did, their discontent led nowhere, because, being without general ideas, they could only focus it on petty specific grievances. The larger evils invariably escaped their notice."—George Orwell, 1984

Let's be clear about one thing: the impeachment of Donald Trump is a waste of time and money.

Impeaching Trump will accomplish very little, and it will not in any way improve the plight of the average American. It will only reinforce the spectacle and farce that have come to be synonymous with politics today

While the nation allows itself to be distracted by yet more bread-and-circus politics, the American kakistocracy (a government run by unprincipled career politicians and corporate thieves that panders to the worst vices in our nature and has little regard for the rights of the people) continues to suck the American people into a parallel universe in which the Constitution is meaningless, the government is all-powerful, and the citizenry are powerless to defend themselves against government agents who steal, spy, lie, plunder, kill, abuse and generally inflict mayhem and sow madness on everyone and everything in their sphere.

So here's what I propose: let's impeach the Deep State and its cabal of government operatives from every point along the political spectrum (right, left and center) for conspiring to expand the federal government's powers at the expense of the citizenry.

We've been losing our freedoms so incrementally for so long—sold to us in the name of national security and global peace, maintained by way of martial law disguised as law and order, and enforced by a standing army of militarized police and a political elite determined to maintain their powers at all costs—that it's hard to pinpoint exactly when it all started going downhill, but we're certainly on that downward trajectory now, and things are moving fast.

Even now, we are being pushed and prodded towards a civil war, not because the American people are so divided but because that's how corrupt governments control a populace (i.e., divide and conquer).

These are dangerous times.