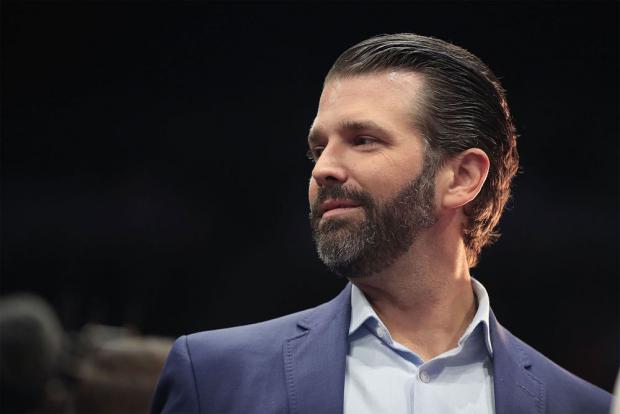 Donald Trump Jr. will go to Wyoming to campaign against Republican Rep. Liz Cheney after she voted to impeach his father.

'I hear it's lovely during primary season,' he told Politico's Playbook.

Cheney has been under fire from conservatives since she voted to impeach Donald Trump even as establishment Republicans - such as Senate GOP Leader Mitch McConnell - have defended her for voting her conscious.

She survived a challenge from conservative House members to stay in the GOP leadership in Congress but she's been censured by the Wyoming Republican Party and already has garnered one primary challenger with more mulling a run.

The primary is a ways off - it's in August 2022 - but Trump Jr's message was a clear warning to the congresswoman that the Trump family won't forget she was one of ten House Republicans to vote to impeach.

Trump Jr., the eldest son of the former president, has become one of the Trump family's most prominent campaigners. He was a regular on the trail for his father and for other Republicans during the 2018 and 2020 elections. He's also become a strong fundraiser for the party.

His warning shot came as the Senate is preparing to start Donald Trump's impeachment trial on Tuesday. He is expected to be acquitted as many Senate Republicans argue he can't be impeached since he's no longer in office.

The warning also came after Cheney doubled down on her criticism of Trump, criticizing him for claiming the election was stolen and saying he has no place in GOP leadership.