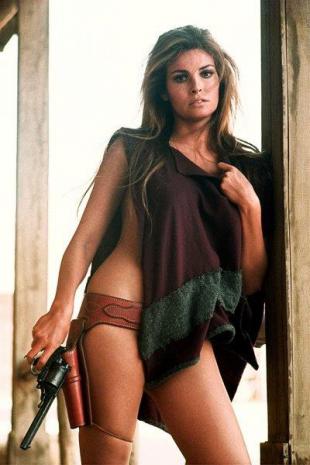 It's a fine, enjoyable movie for the most part, concerning a heroic young widow seeking retribution against the villains who murdered her husband, gang-raped her, and burned their frontier home to the ground.

Hannie Caulder may also have the rottenest, most despicable, baddest bad-guys I've ever wanted to boo and hiss: three evil, bumbling brothers, villainous Ernest Borgnine, the immortal Jack Elam, and Strother Martin (who should have won an award for his work here), the Beagle Boys in living color, whose ultimate message is the inefficacy of evil.

Hannie Caulder is thematically comparable to the earlier Steve McQueen flick, Nevada Smith and to Charles Bronson's Death Wish, although to a retired ballistician and gunsmith like yours truly, the firearms "information" it contains is more than a little laughable.