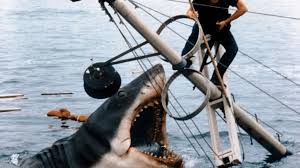 It is a general rule that corrupt economies tend to operate on faith and not on fundamentals. And to be clear, it's not so much about naive faith that the system is stable or functional. No, it's more about the masses having faith that the corruption and instability will never be derailed. Most people are not as stupid as the establishment and central bankers think they are – Almost everyone knows the system is broken, they just refuse to consider the possibility that the fraud will be disrupted, or that it will be allowed to fail.

The old mantra "too big to fail" is a lie. NOTHING is too big to fail, and that includes the US economy, the dollar and the elaborate Kabuki theater that keeps them both afloat. All it takes is a single moment, an epiphany that the Ponzi scheme is unsustainable rather than unstoppable.

I'm reminded specifically of the inflationary crisis of Argentina in 2001 – 2002.

Argentina's economy was highly dependent on foreign capital inflows, and its currency peg to the US dollar, not to mention they were precariously reliant on support from the IMF. The IMF openly validated the government of Argentina and their currency peg model, but foreign capital began to decline and the peg became unsustainable. Without tangible growth in manufacturing and a strong middle class, an economy cannot survive for long. A top down system based on illusory "financial products" and creative accounting is doomed to crash eventually.

All it took was for the IMF to criticize the policies they initially endorsed and announced that they were removing financial aid, and all hell broke loose in Argentina.

Almost overnight the Argentina peso plunged in value, interest rates spiked and inflation struck hard. People poured into the streets and civil unrest erupted. The IMF would later admit it made "errors" in its handling of the Argentina situation, but this was simply spin control designed to protect them from further scrutiny. The IMF avoided most of the blame and has been growing into a monstrous global centralization machine ever since.

A poker metaphor. With the great reset, facilitating dinosaur media and bio-security/terrorism state, they're going all in... on there bluff. All they're holding is a pair of 2s, to our royal straight flush.