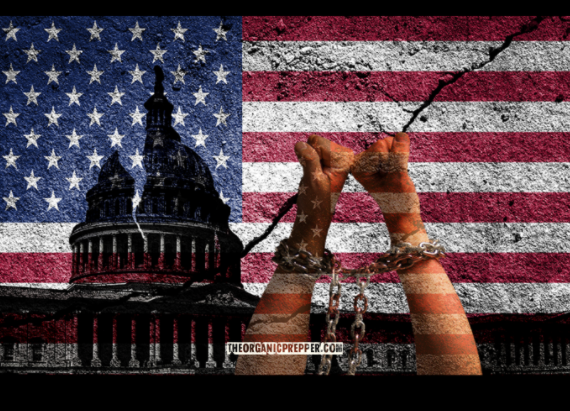 As the Western "ruling class" begins to tighten its grips and clamp down on those they see as a threat, Big Tech, Woke Corporate Media, and Government are all exercising their full power to bring the hammer down on dissent. This is why on January 27, the Department of Homeland Security issued a new National Terrorism Advisory System Bulletin detailing a new and intensified "threat" of "Domestic Violent Extremism" following the Biden inauguration and subsequent weeks.

Here's what the DHS advisory says.

The Acting Secretary of Homeland Security has issued a National Terrorism Advisory System (NTAS) Bulletin due to a heightened threat environment across the United States, which DHS believes will persist in the weeks following the successful Presidential Inauguration.  Information suggests that some ideologically-motivated violent extremists with objections to the exercise of governmental authority and the presidential transition, as well as other perceived grievances fueled by false narratives, could continue to mobilize to incite or commit violence.

The Bulletin doesn't provide any actual evidence of the impending or potential attacks but it does go into some detail as to the type of attacks or violence that might be expected, the political ideologies behind those acts of violence as well as the targets.

Throughout 2020, Domestic Violent Extremists (DVEs) targeted individuals with opposing views engaged in First Amendment-protected, non-violent protest activity.  DVEs motivated by a range of issues, including anger over COVID-19 restrictions, the 2020 election results, and police use of force have plotted and on occasion carried out attacks against government facilities.

DHS is concerned these same drivers to violence will remain through early 2021 and some DVEs may be emboldened by the January 6, 2021 breach of the U.S. Capitol Building in Washington, D.C. to target elected officials and government facilities.

Threats of violence against critical infrastructure, including the electric, telecommunications and healthcare sectors, increased in 2020 with violent extremists citing misinformation and conspiracy theories about COVID-19 for their actions.

DHS, as well as other Federal agencies and law enforcement partners will continue to take precautions to protect people and infrastructure across the United States.

DHS remains committed to preventing violence and threats meant to intimidate or coerce specific populations on the basis of their religion, race, ethnicity, identity or political views.