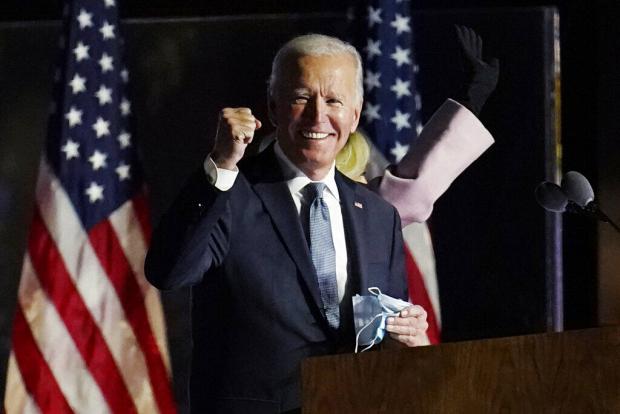 Hood writes that illegitimate president Joe Biden has called for "constant, unrelenting immigration." Biden said a non-white majority will be "a source of our strength." Biden also said, "English jurisprudential culture, a white man's culture" has "got to change." Racism, Biden said, has been "built into every aspect of our system."  https://www.unz.com/ghood/regime-takes-aim-at-white-advocates/

Hood points out that Biden has assembled a government that regards white patriotic conservative Americans as likely dangerous members of "white supremacist militias" prone to violence.  The "MEGA terrorist" image created by the media is being used to pass a domestic terrorism bill to silence dissenters from the anti-Constitutional, anti-white direction our country is being taken.

Whether or not we agree with Hood's perspective, the image that Biden is creating of Trump voters is the antithesis of unity.  Biden is isolating and demonizing a large percentage of American citizens.

Reading Hood's article reminded me that we have seen on previous occasions the mischaracterization of white people concerned about the erosion of civil liberty as members of "white extremist militias." It is an old game stretching back at least 26 years and infecting the perceptions of younger generations.

The Oklahoma City Bombing on April 19, 1995 was used to demonize white Americans who were discontent with infringements of civil liberty, harsh liberal attacks on the Second Amendment, and mild liberal attitudes toward real criminals. The media used the Oklahoma City Bombing to create in the public's mind a vast right-wing conspiratorial movement of anti-government extremism.  Democrats and the media used the bombing to associate extremism with the agenda of the Republican Party which was accused of sowing distrust of government institutions and creating a climate that fostered violence. Laws were passed and the FBI was given monitoring responsibility for militia groups, which sometimes seem to have been the FBI's own creations.