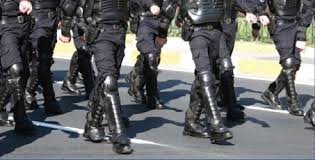 Thanks to the response of the George W. Bush administration and Congress to the 9/11 attacks almost two decades ago, Joe Biden's prosecutors will have plenty of legal ammunition to go after their political enemies. It won't stop with prosecuting people who broke into the Capitol.

After the 9/11 terrorist attacks, horrified Americans were ready to embrace virtually any proposal that promised to keep them safe. Government officials, for their part, were eager to curry favor with the fearful public and saw an opportunity to promote legislation and policies that had failed to win support in the past. The result was a surge of authoritarianism from which the US has yet to recover. Now—with the public understandably concerned after the January 6 storming of the Capitol—we should brace ourselves for another wave of political responses that would, again, erode our liberty.

We are in very uncertain and certainly perilous waters. In the post-Trump era, Democrats want revenge and they want it now. I fear for my friends that worked in the Trump government, with Democrats calling for them to be blacklisted, harassed, and ultimately "canceled." Representative Alexandria Ocasio-Cortez, who continues to shed any perception that she wants anything less than a soft totalitarian country, has publicly called for a "media literacy" initiative that reminds one of Orwell's Ministry of Truth.