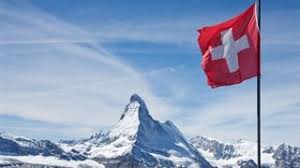 BERN, Switzerland, January 18, 2021 (LifeSiteNews) — Taking advantage of a unique provision in their constitution, campaigners in Switzerland have garnered sufficient signatures to force a national referendum aimed at stripping the government of its powers to impose pandemic-related lockdown measures.

The group Friends of the Constitution solicited 86,000 signatures requiring a nation-wide vote on whether to repeal the government's 2020 COVID-19 Act, which was passed in September, Business Insider reports.

Switzerland's constitution provides a recourse to direct democracy whereby citizens may trigger a referendum to overturn laws introduced by parliament if they are able to collect 50,000 signatures in 100 days. Having well surpassed this requirement, the vote is expected in June.

Last week, the Swiss government announced tightened restrictions with a stated purpose of mitigating the spread of new COVID-19 variants which were first claimed to be discovered in Britain.

They closed shops which sell "non-essential" supplies, limited private gatherings to five people, and ordered companies to instruct employees to work from home where possible, or require staff to wear masks. They also extended the closure of restaurants, along with cultural and sports sites to the end of February, Reuters reports.